Friday, October 22
You are at:Home»Digital»YouTube Crash!

Yes, you heard it right. Today the website started showing 500 Internal server error or 503 Internal error. This left  people around the world baffled as the site won’t load. The funny part is, the error message showed “A team of highly trained monkeys has been dispatched to deal with this situation.” It’s a very rare occurrence that the streaming service owned by tech giant Google, crashed and the users were unable to access the platform. 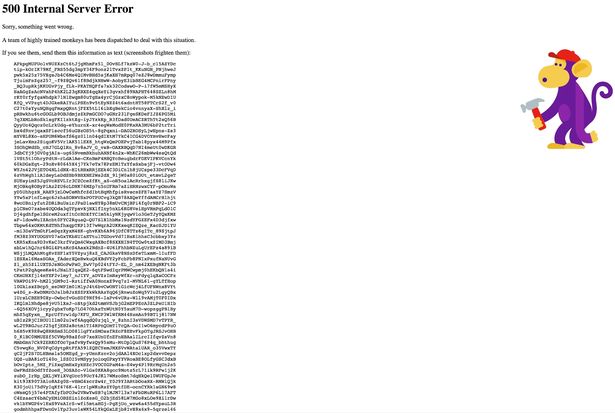 The reports came in quickly from all around the world and the users outraged on social media about the crash, with most people taking to Twitter to show their dismay, but the company did confirm the news through Twitter. 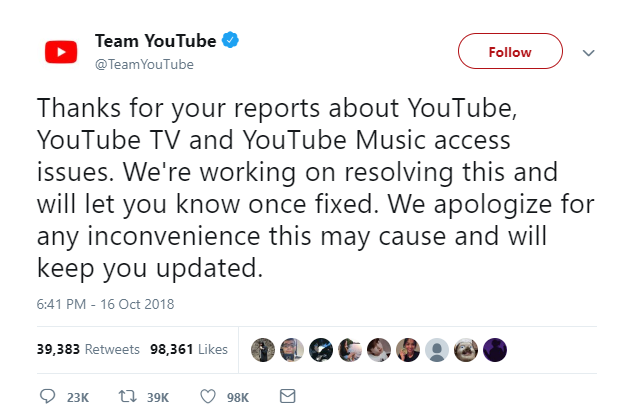 After recent news about the data leak from Google+,  speculations are that this may be another data breach in Google, however there has been has no official statement given by the company on what could be the reason but the company did address the issue on Twitter.

Being the world’s second most visited site this is the FIRST crash of the website in years. It did have small glitches in recent times, but nothing as big as this has happened before.

According to Down Detector, the outage appears to have started about 6:15am (ist) (Wednesday) or 9:00pm (est) (Tuesday) and the downtime was around 90 mins. The site is up started working again around 8am. 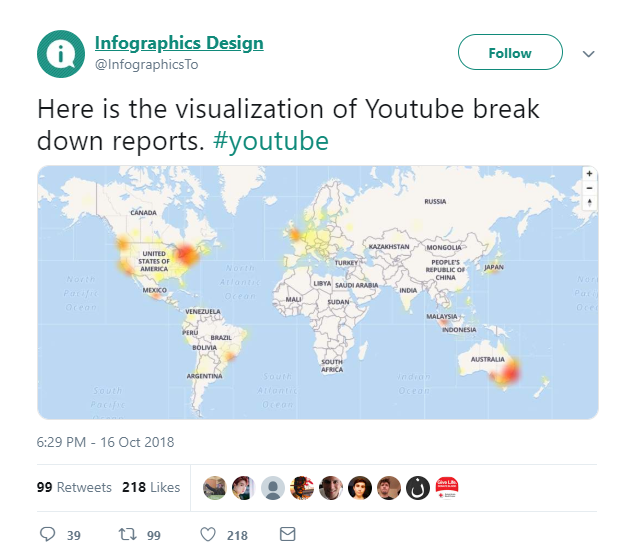