Friday, May 27
You are at:Home»Digital»Oculus Co-Founder Resigns 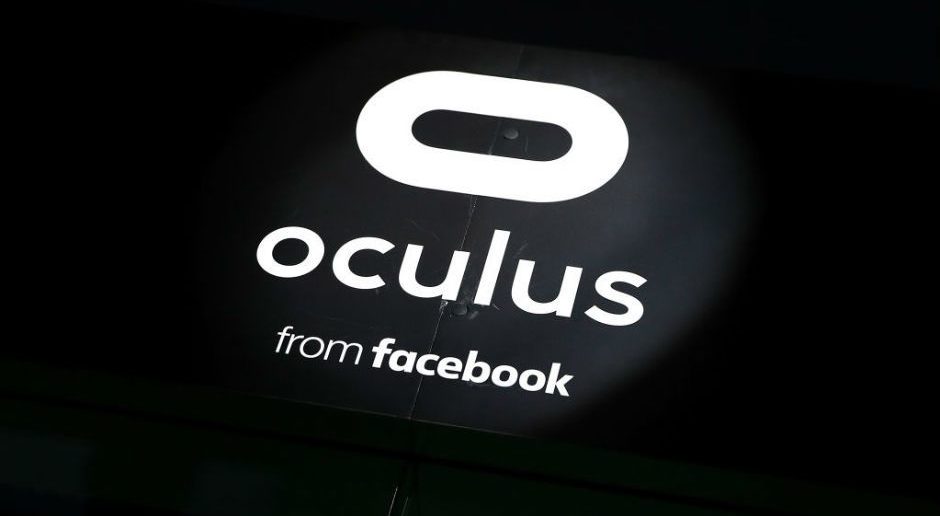 WhatsApp, Oculus, Instagram are some of the biggest names in today’s tech industry, all owned by one company Facebook, Inc. We can’t deny the fact that Facebook has 90% of our social media usage to itself and the fact that the most popular applications are owned and run by the tech-giant. Even with all of their success, the company has faced a lot of heat from the media and governing bodies. 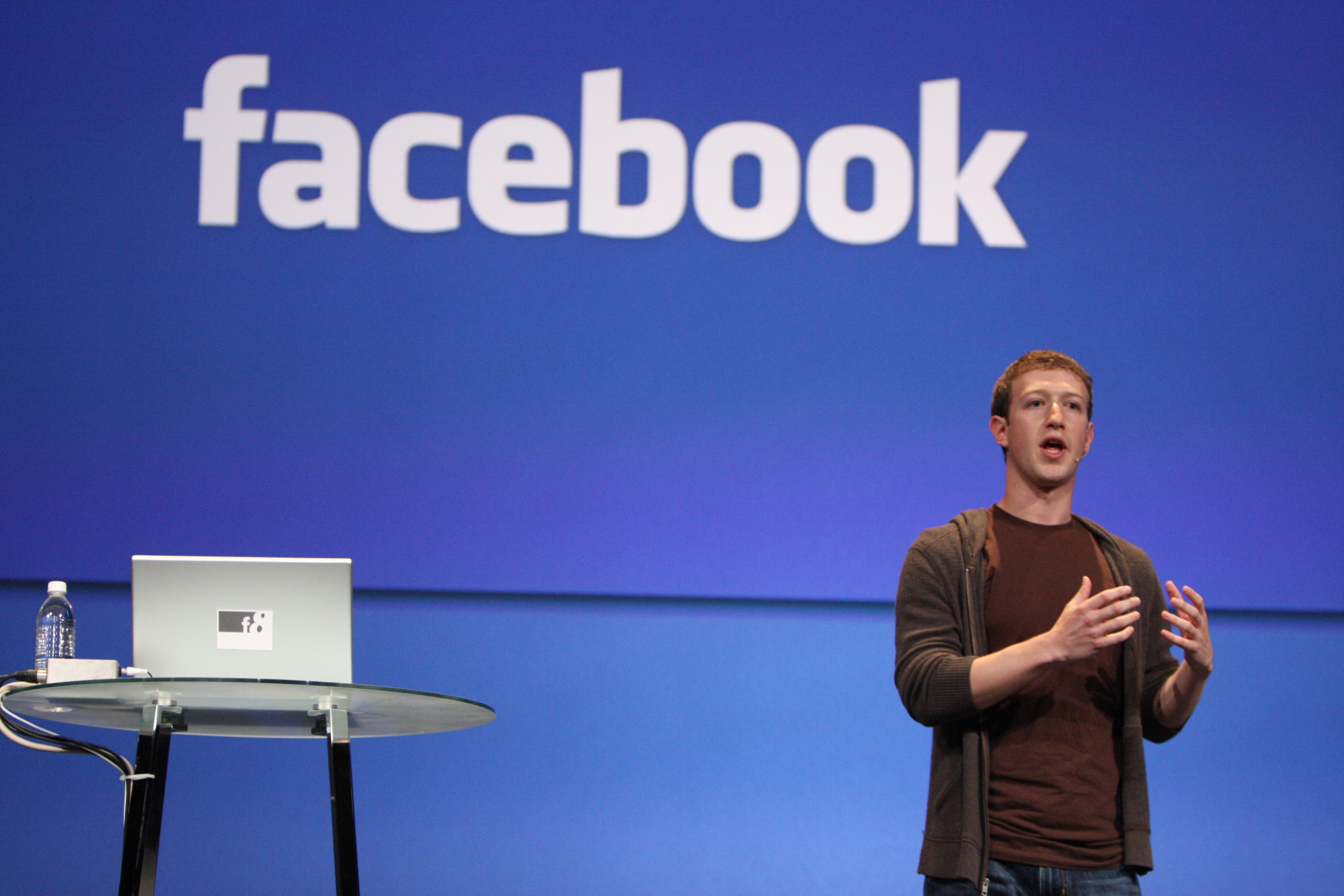 Recently, Instagram co-founders Kevin Systrom and Mike Krieger exited  Facebook amid its attempt for more control over their brain child, and now Oculus a Facebook owned company which specialises in VR hardware and software products has faced a similar kind of shakeup as the co-founder Brendan Iribe has left Facebook. The news comes in right after the news of the new model ‘Rift 2’ being cancelled which was under Iribe’s PC VR team. 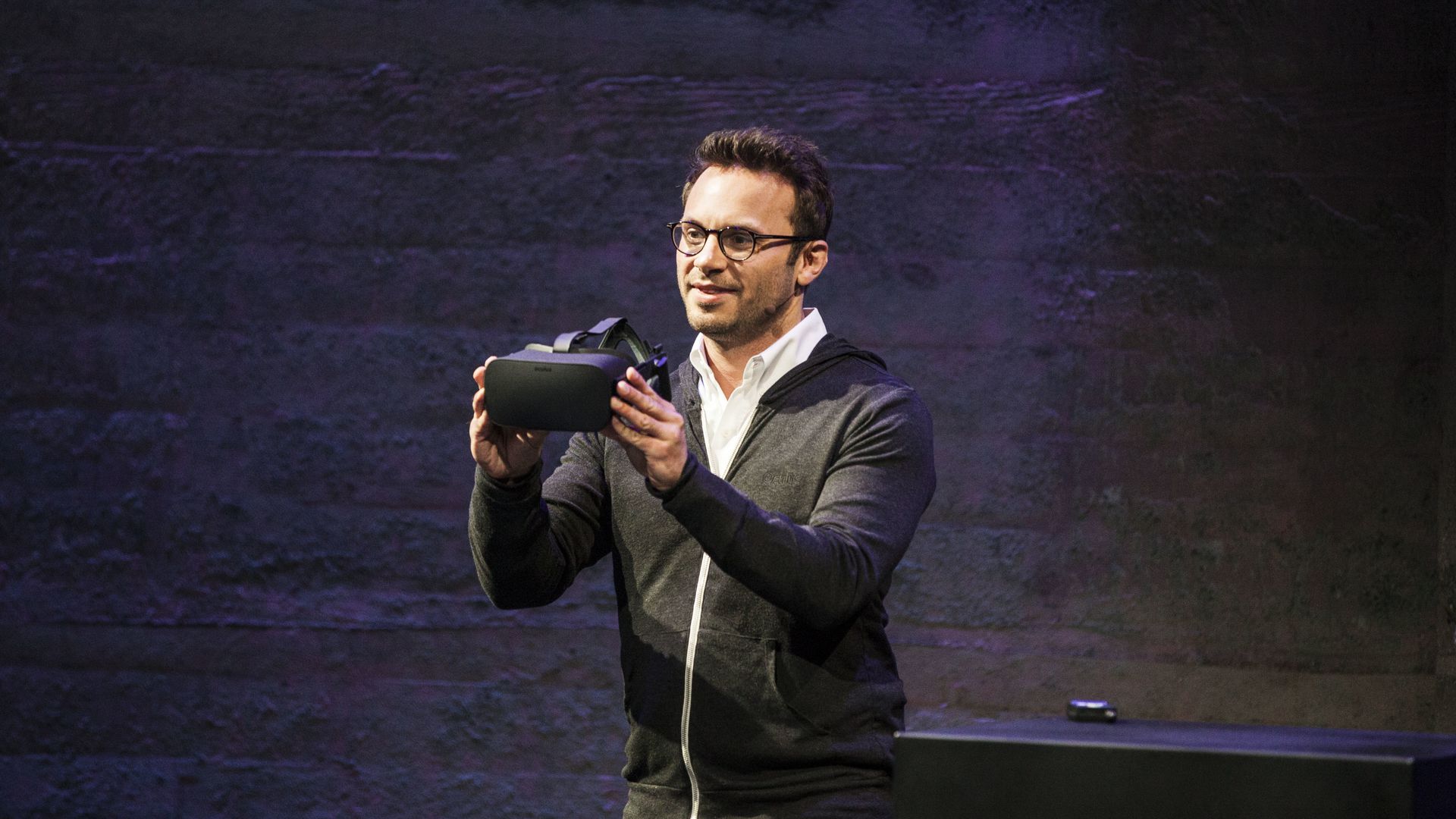 Iribe was CEO of Oculus before it was acquired by Facebook but was moved from CEO to the head of the company’s PC VR division post acquisition. Co-founder, Brian Acton left Facebook in 2017, amid claims that he had helped fund a pro-Donald Trump group.

Brendan announced his departure in a Facebook post, showing gratitude to the team and thanking everyone he worked with in this journey and as for him he said that this is the first real break he has taken in over 20 years and it was time to recharge, reflect, and be creative. 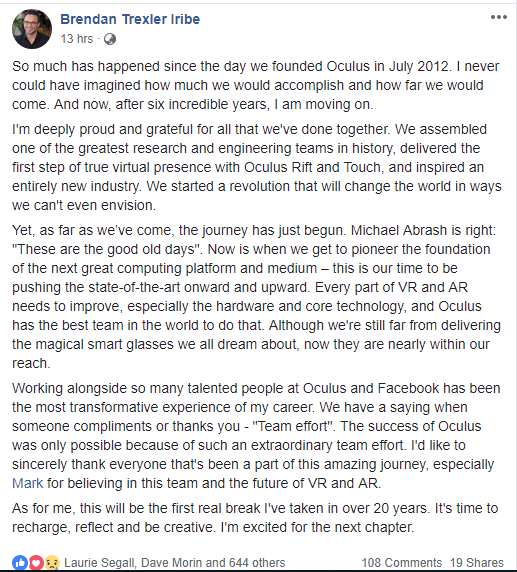 The exits of co-founders and leaders of acquired companies from Facebook shows that it is determined to tighten strategies around and reshape the current path to fit closely to its main strategies.