Saturday, May 21
You are at:Home»Marketing»8 Management Lessons from WeWork, You Must Know! 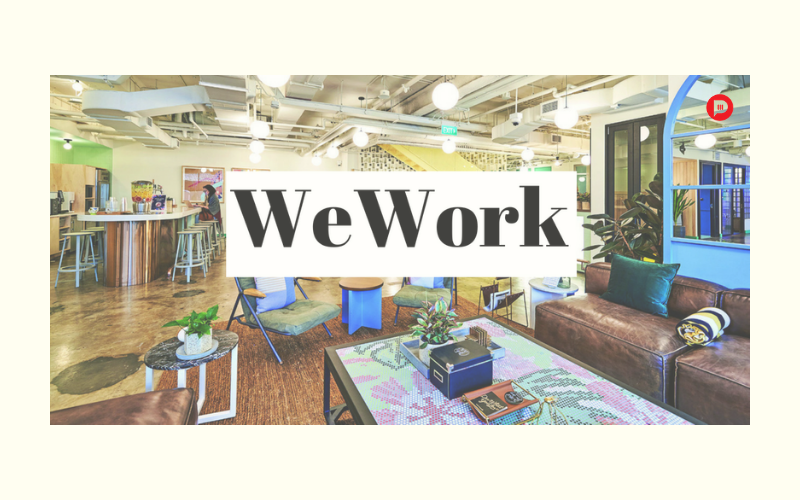 8 Management Lessons from WeWork, You Must Know!

Shared workspaces with modern and fancy decor are popping up in the world’s largest cities. Co-working spaces have been there for more than a decade now and continue to grow rapidly.

WeWork which is now worth more than $20 billion, has been welcomed and not feared by local markets. The company is spread across 20 countries and has over 200,000 members and it plans to double all those numbers by the next year.

Ten years ago, success for these two founders Adam Neumann and Miguel McKelvey seemed unlikely, neither of the two founders had any real estate experience. When they found themselves sitting in a dismal at Brooklyn office, begging the landlord to rent his building to them and were told a straight no, all signs pointing towards their venture’s not working out.

Here are their story and the lessons marketers can learn from it:

1. Don’t be afraid to focus

Before WeWork there was Green Desk. Adam was running a baby clothing start-up and Miguel worked as an architect. They met in an office space. After sympathizing over the lack of resources for the entrepreneurs, they pitched the building owner the idea of letting them lease the building to create a co-working space. At first, the owner declined and then they persisted and a startup was born.

Sooner it was no more shared office space, it was a community. Adam and Miguel’s pivot provides a fascinating case study.  Later, WeWork had gone global, Green Desk has never expanded beyond Brooklyn. It is said sometimes a blank slate and a complete rebrand can be the most efficient path forward.

Both the founders have spent more than a year at Green Desk rubbing elbows with the customers, watching what worked and what didn’t work for them, observed them and soon the community was developed and they called them “members.”

Without the customer research, they wouldn’t know if there was a market for WeWork brand or what the brand even was. Marketers who want to dominate their niche should spend sometime necessarily onsite with the customers to understand them better.

Adam and Miguel invested a lot of energies defining the long term vision for the venture. It took them almost 6 months just to decide on the name. WeWork is all in one destination for the entrepreneurs, the clarity of purpose gave in a lot of certainty to them when talking to their investors. As a marketer, a set of powerful beliefs can make your marketing a much more persuasive.

4. Hire the right people on board

Getting the right people on the bus and getting them early in it is important. Adam admits that one of the biggest problems was he spent only 2% of his time in recruiting, which delayed the company’s growth.

How much time will you spend hiring your next marketing superman? How much time do you already invest in training your team? Do you give them the best of your resources? Adam insists he now spends 30% of his time recruiting, and he still thinks he could do much more and better.

5. Bet on the power of experiences and communities

People crave community in their work environment, and WeWork is more of “we” than “me”, said Adam, calling them “we” generation.

Marketers can harness that by creating a community around their product. If you unite those people and help them help each other, you can create a customer advocacy program that can lead directly to sales and growth.

After WeWork grew to a middle-sized company from a tiny start-up based on subscription and memberships, it realized it couldn’t scale all on its own. Fortunately, the opportunity for the next phase of growth found WeWork.

WeWork has attracted large brands like HSBC, Microsoft, and IBM, which have much larger budgets. WeWork offers them a cheaper and more flexible environment to house employees in satellite offices, gives them access to the talent pipeline of motivated young professionals. Few firms use its WeWork membership as a recruiting tool.

Building a cool platform is advice for marketers who want to attract big partners with deep pockets.

7. Secure your audience first and then release products

WeWork has become an ecosystem. In 2016, it launched fully furnished micro-apartments called WeLive. In 2017, it acquired the coding academy The Flatiron School. This year, it has opened fitness studios called Rise, and soon it will open WeGrow, an elementary school.

With a core product that people love, WeWork has developed a multidimensional relationship with its members and can earn more capital with additional services.

For all marketers, this is the ultimate guide or a blueprint to be successful. Before you launch multiple products, invest in your core product until your audience becomes your product advocates.

All marketers know that good stories sell easily. WeWork’s competitor Regus Group, has more real-estate than WeWork and yet the worth is $ 2 billion, whereas WeWork, worth $ 20 billion.

WeWork isn’t just a company, it is a state of mind, Adam told an audience of employees at WeWork’s recent summit.

“It’s an audacious, perhaps delusional plan for a company that made its mark by building communal desks and providing refreshments,” wrote The New York Times. “And so far, it seems to be working.”

Perhaps like WeWork, the most brazen way to hack growth is to learn to tell stories that really sell.