Who was Paul Allen?

Everyone knows the man behind Microsoft – Bill Gates, but Microsoft wasn’t a one man show there were many people involved and one of them was Paul Allen, the co-founder of Microsoft and Bill Gates’ childhood friend.

Paul left the company in the 1983 following his first diagnosis of a blood cancer, Hodgkin’s disease, but recovered to become a successful venture capitalist with his media and communications investment firm Vulcan, that he set up in 1986 while still holding a ‘substantial’ though undisclosed amount of shares in Microsoft which made him a billionaire. Paul’s estimated value was $20.2 billion as of 2018.

Even after leaving Microsoft, Gates and Paul were good friends and remained as the company’s board member till 2000.

Paul was first diagnosed with non-Hodgkin’s lymphoma in 2009 and went under treatment. He and his doctors were “optimistic” about the treatment but two weeks ago revealed the return of the disease and was undergoing treatment.

In a statement given to ABC News, Gates said he was “heartbroken by the passing of one of my oldest and dearest friends. Personal computing would not have existed without him” . 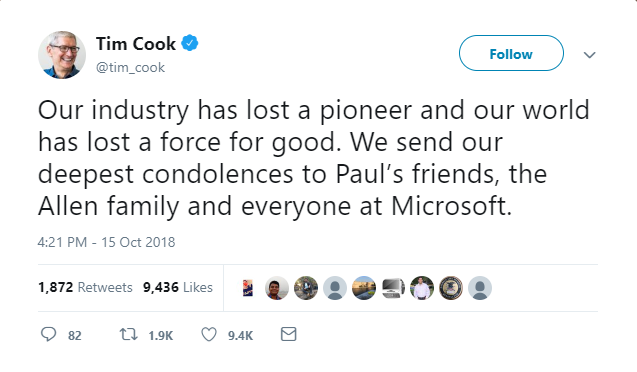 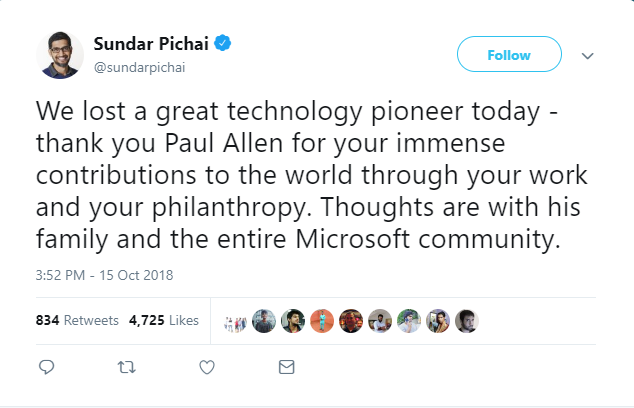 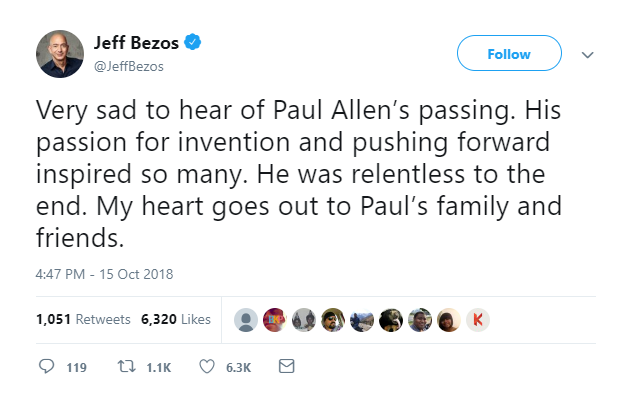 Thanks to his fortune, Allen has been owner of the Portland Trail Blazers and Seattle Seahawks and he worked with Nation Football League (NFL) to identify the threats in the current game and to find new ways to make the game safer than before. NBA Commissioner Adam Silver said, “Allen helped lay the foundation for the league’s growth internationally and our embrace of new technologies.”

In his 2011 autobiography, “Idea Man: A Memoir by the Co-founder of Microsoft,” Mr. Allen portrayed himself as the executive who came up with breakthrough ideas in the early days of Microsoft. “I was the idea man, the one who’d conceive of things out of whole cloth,” Mr. Allen wrote. “Bill listened and challenged me, then homed in on my best ideas to help make them a reality.”

The book made headlines for Mr. Allen’s accusations that Mr. Gates schemed to dilute his Microsoft stake. At the time, Mr. Gates said his recollection of events differed, but that he valued their friendship.